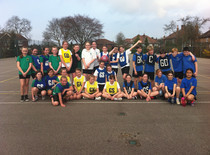 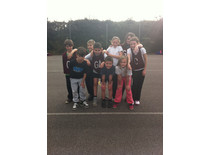 Teams from Leconfield, Molescroft and Leconfield played with an invitation team from Longcroft.

The weather was kind to us and teams played 5 matches each on both nights.

Sports Leaders from Longcroft took control of all the games and coached the teams as they played. Progress was made this way as knowledge of the game and skills developed. All should be congratulated on their footwork and passing skill. particular mention should be made of the winning team from Molecroft who scored an incredible 61 goals and were undefeated.